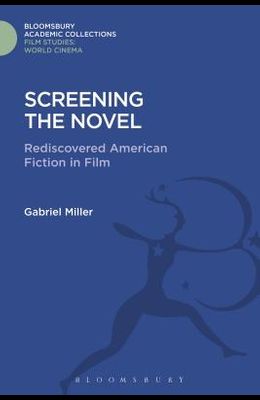 Some of the most memorable movies of Hollywood's Golden Age were based on novels that never received the acclaim they deserved. No-one who saw Rod Steiger in The Pawnbroker could forget the actor's wrenching performance but does anyone remember the author of the book on which the film was based? The same can be said of Jane Fonda in They Shoot Horses, Don't They? , Greta Garbo in Susan Lenox , and Humphrey Bogart in The Treasure of the Sierra Madre . This book retrieves these novels and re-evaluates the careers of the eight neglected novelists whose works inspired eight different directors - among them Stanley Kubrick, Sidney Lumet, John Huston and Sidney Pollack. Each chapter offers detailed analysis on both the original text and the resulting movie. Taken together, the double examination of novel and film raises some important questions about the nature and problems of cinematic adaptation.