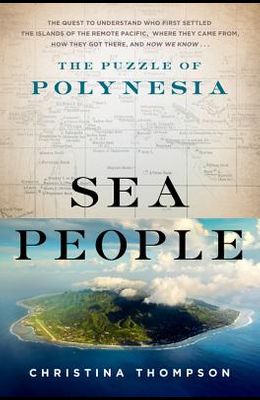 Sea People: The Puzzle of Polynesia

From the Back Cover For more than a millennium, Polynesians occupied the remotest islands in the Pacific Ocean, an enormous triangle stretching from Hawaii to New Zealand to Easter Island. Sailing in large, double-hulled canoes, without the benefit of maps, writing, or metal tools, these ancient mariners were the first and, until the era of European discovery, the only people ever to have reached this part of the globe. Today, they are widely acknowledged as the world's greatest navigators. But how did the earliest Polynesians reach these far-flung islands? How did they conquer the largest ocean on the planet? Diving deep into the history of the Pacific, Christina Thompson explores this epic migration, following the trail of the many sailors, linguists, archaeologists, and geographers who have puzzled over this story in a quest to discover who these ancient voyagers were, where they came from, and how they managed to colonize every habitable island in the vast region of remote Oceania. Sea People combines the wonder of pursuit and the drama of a gripping historical puzzle in a vivid tour of one of the most captivating regions in the world.