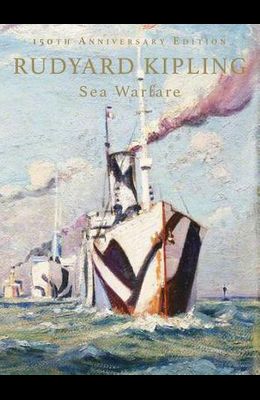 Considered by many to be the most popular British writer of the early twentieth century, Rudyard Kipling has left an enduring legacy in the hearts, culture, and history of English literature. He was awarded the Nobel Prize for literature in 1907, and the power of his writing has emanated to this very day. What many people aren't aware of, however, is just how extensive his journalistic writings were during his lifetime. Published to coincide with the 150th anniversary of Kipling's birth, these beautifully packaged cloth editions of his original articles and reports will fascinate fans of Kipling or anyone with an interest in military history or wartime daily life. Sea Warfare is a collection of pieces written by Kipling in response to a request from the Admiralty. A great deal of money had been spent on the British Navy--known then as the silent service--in the decade leading up to the war, and readers were clamoring to know what they had achieved so far. Sea Warfare brings together thirteen newspaper articles that he wrote primarily for The Daily Telegraph , focusing on the work of the Navy.