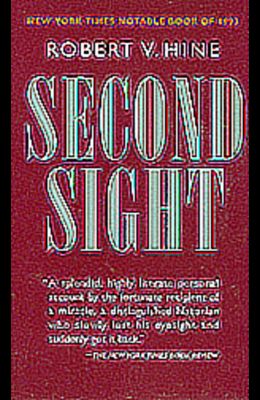 He knew he was going blind. Yet he finished graduate school, became a history professor, and wrote books about the American West. Then, nearly fifty, Robert Hine lost his vision completely. Fifteen years later, a risky eye operation restored partial vision, returning Hine to the world of the sighted. The trauma seemed instructive enough for him to begin a journal. That journal is the heart of Second Sight, a sensitively written account of Hine's journey into darkness and out again. The first parts are told simply, with little anguish. The emotion comes when sight returns; like a child he discovers the world anew-the intensity of colors, the sadness of faces grown older, the renewed excitement of sex and the body. With the understanding and insights that come from living on both sides of the divide, Hine ponders the meaning of blindness. His search is enriched by a discourse with other blind writers, humorist James Thurber, novelist Eleanor Clark, poet Jorge Luis Borges, among others. With them he shares thoughts on the acceptance and advantages of blindness, resentment of the blind, the reluctance with sex, and the psychological depression that often follows the recovery of sight. Hine's blindness was the altered state in which to learn and live, and his deliverance from blindness the spur to seek and share its lessons. What he found makes a moving story that embraces all of us-those who can see and those who cannot.