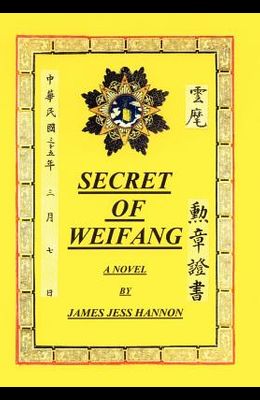 Assigned to Army Intelligence, Hannon reported Japanese installations and airfields. His last mission, as part of six-man team, he parachuted into a cornfield opposite the main gate of a Japanese Prison Camp holding 1500 Allied men, women and prisoners. Due to the Chinese Civil War, the rescue team was unable to move the prisoners. Hannon and two Sergeants remained in Camp where the C.O. and two others left for Tsingtao, a port city of the Yellow Sea. A near moribund lady prisoner, unidentified, known as 'the Yank', held Hannon's interest. His efforts to identify her were remarkably successful with indisputable confirmation by Nationalist Governor General Wi Li, Nationalist Army General Kumtwing, Communist Army General Chan Tze, Chinese interpreter Johnny Wung and several camp prisoners, he determined her identity was the American lady flyer, Amelia Earhart. predominately British and American, packed into a few walled acres revealed strength and weakness inherent in that diverse society. Many books have been written about the disappearance of the legendary Earhart; this book, written by a first person eyewitness, is basically, exactly that. Author James Jess Hannon lived the above account and was heroically successful in liberating the prisoners of Weifang.