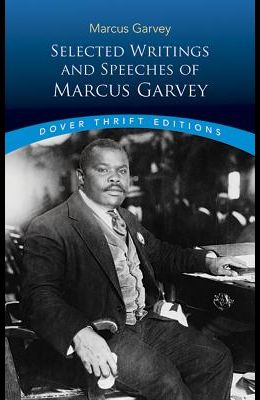 by
Marcus Garvey and Bob Blaisdell

One of the most important and controversial figures in the history of race relations in America and the world at large, Marcus Garvey was the first great black orator of the twentieth century. The Jamaican-born African-American rights advocated dismayed his enemies as much as he dazzled his admirers. Of him, Martin Luther King, Jr., said, He was the first man, on a mass scale and level, to give millions of Negroes a sense of dignity and destiny, and make the Negro feel that he was somebody. A printer and newspaper editor in his youth, Garvey furthered his education in England and eventually traveled to the United States, where he impressed thousands with his speeches and millions more through his newspaper articles. His message of black pride resonated in all his efforts. This anthology contains some of his most noted writings, among them The Negro's Greatest Enemy, Declaration of the Rights of the Negro Peoples of the World, and Africa for the Africans, as well as powerful speeches on unemployment, leadership, and emancipation. Essential reading for students of African-American history, this volume will also serve as a useful reference for anyone interested in the history of the civil rights movement.