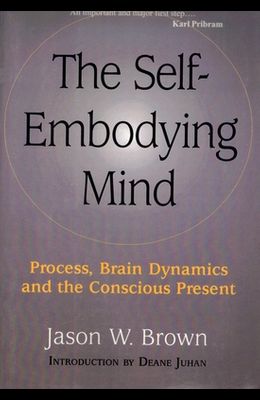 This superbly written and finery argued philosophical essay has potentially revolutionary importance for understanding human consciousness, and its author has accordingly been celebrated by the likes of Oliver Sachs and Karl Pribram. Showing the relevance of neuropathology for understanding the unifying processes behind perception, memory, and language, Jason Brown offers an exciting new approach to the mind/brain problem, freely crossing the boundaries of neurophysiology, psychology, and philosophy of mind. Hard science and the study of the nature of mind (including Buddhist perspectives) come together in new ways, and without advocating the reductionist computational model for the mind/brain relation which dominates cognitive science today. Brown finds that every event in conscious life passes through highly determinate stages in a fraction of a second. These repeat both the stages of individual growth and of the evolution of the species: Not only does ontogeny recapitulate phylogeny, but the emergence of every moment of awareness recapitulates them both. This process begins deep in the brain stem with the mere awareness of duration, proceeds through concept-formation and image selection, and terminates with the apprehension of an object in the external world. The external object acts as a realistic constraint on consciousness. But in conditions such as brain damage, dream, meditation, as well as creativity, the preconscious stages enter into direct awareness, giving us explicit glimpses of developmental and evolutionary process and presenting a startling reversal of common ideas about the development of mind. Concept and image do not derive from perception and sensation, theycome first. And the principle of consciousness, rather than being a latecomer on the evolutionary and developmental scene, is a potentiality throughout. This lucidly written book will not disappoint the many readers concerned with the great frontier of scientific exploration -- the nature of consciousness.