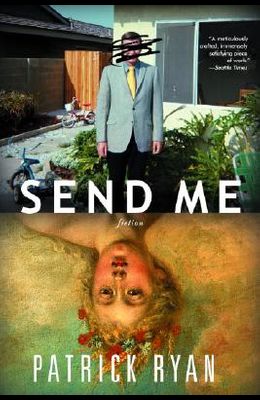 Patrick Ryan's first work of fiction is written with such authority, grace, and wisdom, it might be the capstone of a distinguished literary career. In the Florida of NASA launches, ranch houses, and sudden hurricanes, Teresa Kerrigan, ungrounded by two divorces, tries to hold her life together. But her ex-husbands linger in the background while her four children spin away to their own separate futures, each carrying the baggage of a complex family history. Matt serves as caretaker to the ailing father who abandoned him as a child, while his wild teenage sister, Karen, hides herself in marriage to a born-again salesman. Joe, a perpetual outsider, struggles with a private sibling rivalry that nearly derails him. And then there's the youngest, Frankie, an endearing, eccentric sci-fi freak who's been searching since childhood for intelligent life in the universe-and finds it. Written with wry affection, and with compassion for every character in its pages, Send Me is a wholly original, haunting evocation of family love, loss, and, ultimately, forgiveness. From the Hardcover edition.