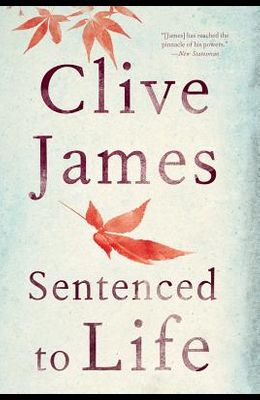 In this new collection of technically and emotionally heart-stopping poems ( Spectator )--including Japanese Maple, which was published in The New Yorker to great acclaim--Clive James looks back over an extraordinarily rich life with a clear-eyed and unflinching honesty. There are regrets but no trace of self-pity in these verses, which--for all their grappling with death and his current illness--are primarily a celebration of what is treasurable and memorable in our time here. Again and again, James reminds us that he is not only a poet of effortless wit and lyric accomplishment but also an immensely wise one, who delights in using poetic form to bring a razor-sharp focus to his thought. Miraculously, these poems see James writing with his insight and energy not only undiminished but positively charged by his situation. The poems of Sentenced to Life represents a career high point from one of the greatest literary intellects of our age.