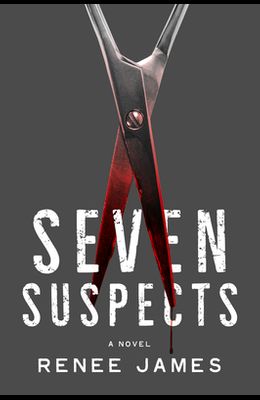 You've most likely never met a narrator like Bobbi. Tough, tender, funny, full of heart&#8213;and a transgender woman.&#8213;Jodi Picoult Bobbi Logan is a successful businesswoman and a celebrated hairdresser. She is a witty, articulate woman who has survived rape, gender transition, a murder investigation, and countless acts of bullying and bigotry to get where she is--and she's made enemies along the way. Now one of them is stalking her. With each passing day, the threats become more brazen, more violent, and more personal. No one knows who here stalker is or why he's after her, but he's getting closer every day. Bobbi is intimidated but she has vowed to never be the victim again. She accumulates a list of six suspects, and with courage and persistence, she hunts them down, one by one--stalking her possible stalkers. But as she confronts those men who may want to do her harm, the number seven keeps haunting her--there must be a seventh suspect. And when she finds him, Bobbi's world implodes.