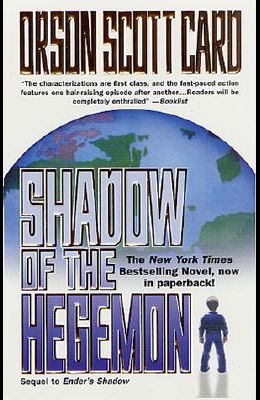 Shadow of the Hegemon

Bean's story continues in this sequel to Ender's Shadow as the tale of what happened after the destruction of the Hive Queen's worlds is finally told. With the war over, Ender Wiggin refuses to return to Earth, but his crew of child-warriors returns home. They are seen as potential weapons, and are kidnapped. Only Bean escapes, and he turns to Ender's brother for help--and winds up winning Earth for Peter Wiggin, who becomes the Hegemon.