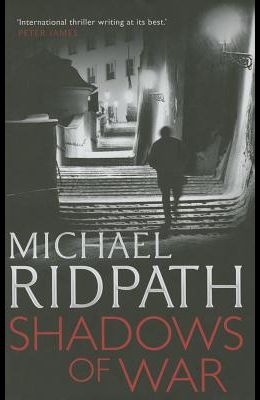 Book #2 in the Traitors Series
by
Michael Ridpath

A spy novel set in Holland and France during the phoney war of September 1939-May 1940, from international bestseller Michael Ridpath. October, 1939: war has been declared, but until the armies massed on either side of the French/German border engage, all is quiet on the Western Front. But just because its quiet doesn't mean that it's not deadly. There are those who believe the war no one wants to fight should be brought to a swift conclusion, even if it means treachery. A year ago, Conrad de Lancey came within seconds of assassinating Hitler. Now the British Secret Service want him to go back into Europe and make contact with a group of German officers they believe are plotting a coup. But this is the shadow war. And the shadows are multiplying. And its not only disaffected Germans who are prepared to betray their country to save it.