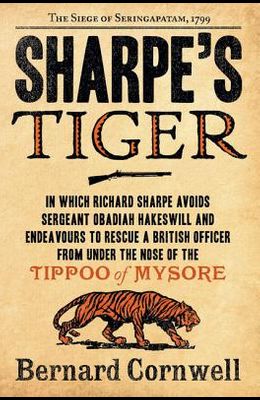 As a young man, Sharpe is an illiterate private who must pose as a deserter to oust the ruthless Tippoo of Mysore from his throne. The world may have a new literary hero. His name is Richard Sharpe.--Philadelphia Inquirer.

From the Back Cover It was a bloody awful shot, Sharpe said. My mother could lay a gun better than that. I didn't think you had a mother, Private Garrard said. Everyone's got a mother, Tom. Not Sergeant Hakeswill, Garrard said, then spat a mix of dust and spittle. . . . Hakeswill was spawned of the devil. Richard Sharpe--Soldier, hero, rogue--the man you always want on your side. Born in poverty, he joined the army to escape jail and climbed the ranks by sheer brutal courage. He knows no other family than the regiment of the 95th Rifles, whose green jacket he proudly wears.