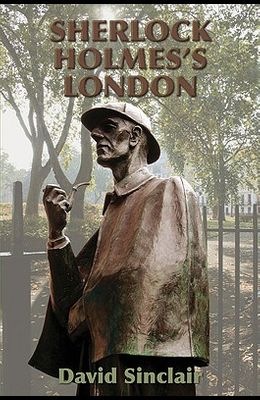 Sherlock Holmes--perhaps the most famous detective of all time--had an intimate knowledge of London's topography. His partner, Dr. Watson, also had a sixth sense about the city's people and the places where they lived. Here, David Sinclair recreates the London Holmes and Watson knew, and relates it to modern London. Following the routes that Holmes took on the trail of criminals--whether to Brixton and Kennington on the trail of the murdered Enoch J. Drebber, or to Bloomsbury and Covent Garden in search of the man who stole the blue carbuncle--creates an entertaining detective story in itself as the book relates places in the stories to places that exist now. Sifting through mystery and disguise, the book tracks down the real Langham Hotel, speculates on the location of the Diogenes Club and Saxe-Coburg Square, and identifies the scenes of crimes and the homes of villains and victims, as well as the restaurants, theaters, and concert halls where Holmes and London relaxed off-duty. It also recreates the unique atmosphere of a London sometimes darkened by smog, where travel was by hansom cab and brougham.