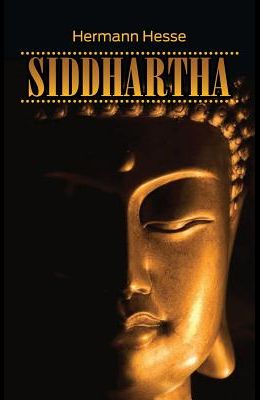 Siddhartha is a novel by Hermann Hesse that deals with the spiritual journey of self-discovery of a man named Siddhartha during the time of the Gautama Buddha. The story takes place in Nepalese plain land-Kapilvastu. Siddhartha decides to leave behind his home in the hope of gaining spiritual illumination by becoming an ascetic wandering beggar of the Shramanas. Joined by his best friend Govinda, Siddhartha fasts, becomes homeless, renounces all personal possessions, and intensely meditates, eventually seeking and personally speaking with Gautama, the famous Buddha, or Enlightened One. Afterward, both Siddhartha and Govinda acknowledge the elegance of the Buddha's teachings. Although Govinda hastily joins the Buddha's order, Siddhartha does not follow, claiming that the Buddha's philosophy, though supremely wise, does not account for the necessarily distinct experiences of each person. He argues that the individual seeks an absolutely unique and personal meaning that cannot be presented to him by a teacher. He thus resolves to carry on his quest alone. Siddhartha crosses a river, and the generous ferryman, whom Siddhartha is unable to pay, merrily predicts that Siddhartha will return to the river later to compensate him in some way. Venturing onward toward city life, Siddhartha discovers Kamala, the most beautiful woman he has yet seen. Kamala, a courtesan, notes Siddhartha's handsome appearance and fast wit, telling him that he must become wealthy to win her affections so that she may teach him the art of love. Although Siddhartha despised materialistic pursuits as a Shramana, he agrees now to Kamala's suggestions. She directs him to the employ of Kamaswami, a local businessman, and insists that he have Kamaswami treat him as an equal rather than an underling. Siddhartha easily succeeds, providing a voice of patience and tranquility, which Siddhartha learned from his days as an ascetic, against Kamaswami's fits of passion. Thus Siddhartha becomes a rich man and Kamala's lover, though in his middle years he realizes that the luxurious lifestyle he has chosen is merely a game, empty of spiritual fulfillment. Leaving the fast-paced bustle of the city, Siddhartha returns to the river and thinks of killing himself. He is saved only by an internal experience of the holy word, Om. The very next morning Siddhartha briefly reconnects with Govinda, who is passing through the area as a wandering Buddhist.

0
|   0  reviews
Did you read Siddhartha? Please provide your feedback and rating to help other readers.
Write Review