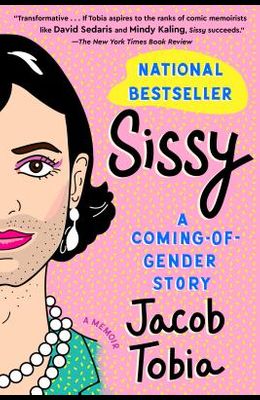 THE NATIONAL BESTSELLER Transformative ... If Tobia aspires to the ranks of comic memoirists like David Sedaris and Mindy Kaling, Sissy succeeds. -- The New York Times Book Review (A Paperback Row Pick) A heart-wrenching, eye-opening, and giggle-inducing memoir about what it's like to grow up not sure if you're (a) a boy, (b) a girl, (c) something in between, or (d) all of the above. A beautiful book . . . honest and funny.--Trevor Noah, The Daily Show Sensational .--Tyler Oakley Jacob Tobia is a force. -- Good Morning America A trans Nora Ephron . . . both honest and didactic. -- OUT Magazine A rallying cry for anyone who's ever felt like they don't belong. -- Woman's Day As a young child in North Carolina, Jacob Tobia wasn't the wrong gender, they just had too much of the stuff. Barbies? Yes. Playing with bugs? Absolutely. Getting muddy? Please. Princess dresses? You betcha. Jacob wanted it all, but because they were a boy, they were told they could only have the masculine half. Acting feminine labelled them a sissy and brought social isolation. It took Jacob years to discover that being a sissy isn't something to be ashamed of. It's a source of pride. Following Jacob through bullying and beauty contests, from Duke University to the United Nations to the podiums of the Methodist church--not to mention the parlors of the White House--this unforgettable memoir contains multitudes. A deeply personal story of trauma and healing, a powerful reflection on gender and self-acceptance, and a hilarious guidebook for wearing tacky clip-on earrings in today's world, Sissy guarantees you'll never think about gender--both other people's and your own--the same way again.