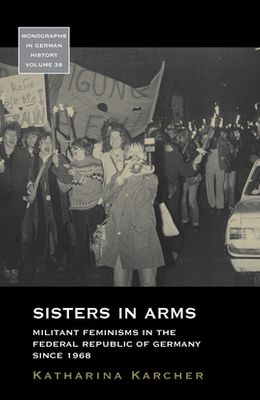 Sisters in Arms: Militant Feminisms in the Federal Republic of Germany Since 1968

Few figures in modern German history are as central to the public memory of radical protest than Ulrike Meinhof, but she was only the most prominent of the countless German women--and militant male feminists--who supported and joined in revolutionary actions from the 1960s onward. Sisters in Arms gives a bracing account of how feminist ideas were enacted by West German leftist organizations from the infamous Red Army Faction to less well-known groups such as the Red Zora. It analyzes their confrontational and violent tactics in challenging the abortion ban, opposing violence against women, and campaigning for solidarity with Third World women workers. Though these groups often diverged ideologically and tactically, they all demonstrated the potency of militant feminism within postwar protest movements.