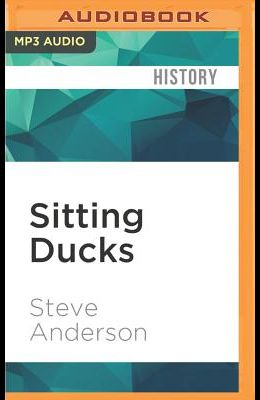 Sitting Ducks pieces together the story of an impossible and lesser-known WWII mission. In December 1944, during the bloody Battle of the Bulge, teams of German commandos disguised as American soldiers slipped behind the US front lines. Riding in captured US jeeps, they committed sabotage, sowed confusion, and caused paranoia among American troops. Word quickly spread that the undercover commandos were out to kill US General Eisenhower. Popular legend has made the false flag operation out to be a skilled and menacing ploy with cunning German spies speaking American English. Their commander, propaganda hero SS Lt. Col. Otto Skorzeny, seemed a mastermind. But the reality was much different, and all the more deadly. The planning and training were slapdash, the mission desperate, its chances slim to none.