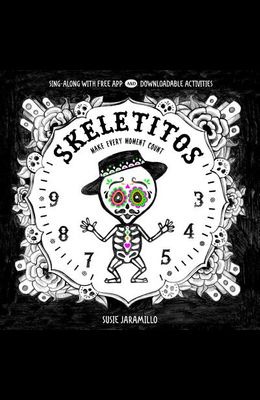 Tomba-la-ca, tomba-la-ca, tomba-la &#8232; Come enter into the creepy crawly world of Skeletitos, where being on the other side of life is never an excuse for not having a good time Inspired by the beautiful Mexican calavera art by Jose Guadalupe Posada, Skeletitos is a celebration of the ordinary and the completely extraordinary. Tap your fingers or stomp your feet, no need to sit still. After all, before you know it, our time will be up Our Day of the Dead themed tales carry a comedic twist for kids, encouraging them to be wary, conscious, funny and self-aware. Over the past few years, companies and retailers have made it easier to get into the spirit of the holiday, offering themed apparel for a family gathering, as well as home decor and containers in which to tote goodies. With 57 million Hispanics in the U.S. alone, this demographic represents almost 18 percent of the country's population and significant spending power, according to Nielsen. In fact, the data analytics company expects their buying power to grow from $1.4 trillion in 2016 to $1.8 trillion by 2021. And that dollar strength isn't lost on retailers. - Target's Day of the Dead collection is available in all its stores and online. - Swarovski's Chamiliathis season launched a sugar skull charm. - With sales of its marshmallow skull lollipops up 30 percent this year, Los Angeles-based candy brand Treat Street has added a skull candy dispenser. - Pixar broke records with Coco, their Day of the dead Movie which grossed over 800M worldwide as of 2018. Skeletitos is the first Day of the Dead themed series of books since Coco.