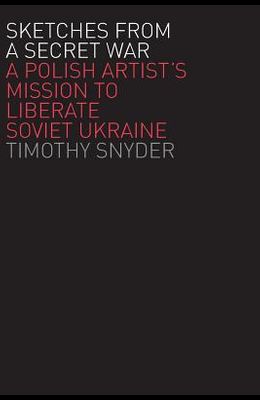 Sketches from a Secret War: A Polish Artist's Mission to Liberate Soviet Ukraine

The forgotten protagonist of this true account aspired to be a cubist painter in his native Kyiv. In a Europe remade by the First World War, his talents led him to different roles-intelligence operative, powerful statesman, underground activist, lifelong conspirator. Henryk Jozewski directed Polish intelligence in Ukraine, governed the borderland region of Volhynia in the interwar years, worked in the anti-Nazi and anti-Soviet underground during the Second World War, and conspired against Poland's Stalinists until his arrest in 1953. His personal story, important in its own right, sheds new light on the foundations of Soviet power and on the ideals of those who resisted it. By following the arc of Jozewski's life, this book demonstrates that his tolerant policies toward Ukrainians in Volhynia were part of Poland's plans to roll back the communist threat. The book mines archival materials, many available only since the fall of communism, to rescue Jozewski, his Polish milieu, and his Ukrainian dream from oblivion. An epilogue connects his legacy to the disintegration of the Soviet Union and the democratic revolution in Ukraine in 2004.