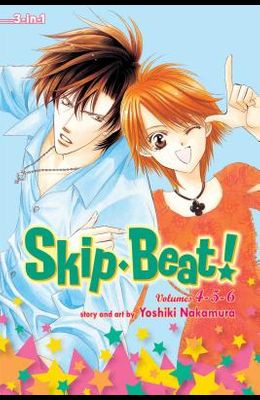 Book #2 in the Skip Beat! (3-in-1 Edition) Series
by
Yoshiki Nakamura

Show biz is sweet, but revenge is sweeter Reads R to L (Japanese Style), for audiences T. Kyoko Mogami followed her true love Sho to Tokyo to support him while he made it big as an idol. But he's casting her out now that he's famous enough Kyoko won't suffer in silence--she's going to get her sweet revenge by beating Sho in show biz Kyoko needs to make some quick cash to pay for acting school, but an easy job as a seat filler for a variety show soon has her on stage--in a chicken suit Her debut as Chicken Bo is just the break she needs, but a mess of rivalries could trip up her rise to the top. And things get even crazier when she's asked to sub for Ren Tsuruga's sick manager. Can her earnest hard work override his bad first impression of her, or will he become a powerful enemy?