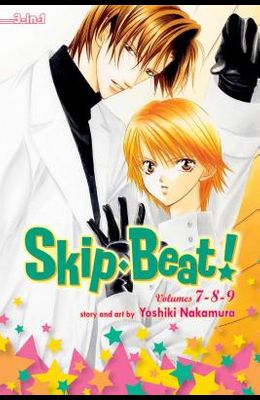 Book #3 in the Skip Beat! (3-in-1 Edition) Series
by
Yoshiki Nakamura

Show biz is sweet but revenge is sweeter Reads R to L (Japanese Style), for audiences rated teen. Kyoko Mogami followed her true love Sho to Tokyo to support him while he made it big as an idol. But he's casting her out now that he's famous enough Kyoko won't suffer in silence--she's going to get her sweet revenge by beating Sho in show biz Kyoko's dreams are finally coming true She's landed a spot in Sho's new video, and revenge is in sight But vengeance isn't as easy as she thought, and her rage starts to get in the way of her acting. When her performance catches the attention of some important people, Kyoko finds herself working with the terrifying Ren Tsuruga Can she make it work, or will her growing fame be her downfall?