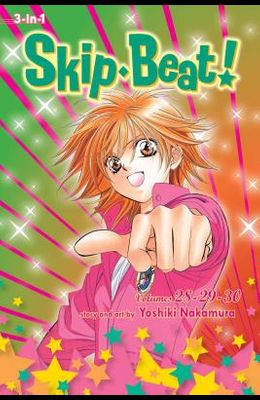 Book #10 in the Skip Beat! (3-in-1 Edition) Series
by
Yoshiki Nakamura

Kyoko Mogami followed her true love Sho to Tokyo to support him while he made it big as an idol. But he's casting her out now that he's famous enough Kyoko won't suffer in silence--she's going to get her sweet revenge by beating Sho in show biz Ren's new roles are dredging up old memories best left buried. He's having trouble dealing with the emotional turmoil, and Kyoko's sudden popularity with her cast mate Kijima isn't helping matters Can Kyoko keep Ren's warring personalities in check, or will his dark persona forget that his violent edge is supposed to be an act?