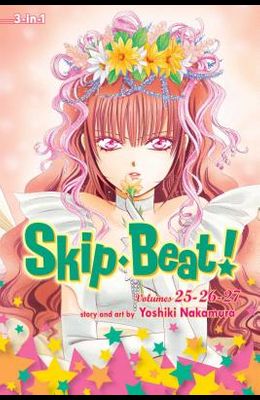 Book #9 in the Skip Beat! (3-in-1 Edition) Series
by
Yoshiki Nakamura

Kyoko Mogami followed her true love Sho to Tokyo to support him while he made it big as an idol. But he's casting her out now that he's famous enough Kyoko won't suffer in silence--she's going to get her sweet revenge by beating Sho in show biz Kyoko finally has Sho's attention, and now she doesn't want it It's not that she's given up on her revenge, but she's busy focusing on her career and doesn't want Sho poking around and annoying her. And Sho proves her concerns right when his Valentine's Day prank goes horribly wrong and gets Kyoko in trouble with the president of L.M.E.