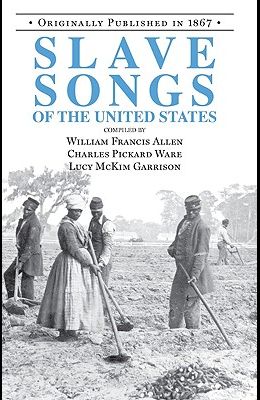 Slave Songs of the United States

by
William Allen and Charles Ware and Lucy Garrison

From the Back Cover Originally published in 1867, this book is a collection of songs of African-American slaves. A few of the songs were written after the emancipation, but all were inspired by slavery. The wild, sad strains tell, as the sufferers themselves could, of crushed hopes, keen sorrow, and a dull, daily misery, which covered them as hopelessly as the fog from the rice swamps. On the other hand, the words breathe a trusting faith in the life after, to which their eyes seem constantly turned.