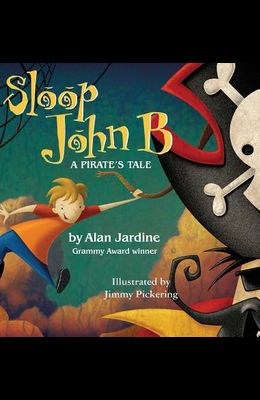 Sloop John B -A Pirate's Tale

by
Alan Jardine and Jimmy Pickering

Read about how the two triumphantly defeat the pirate and his crew, as you listen to a new version of Sloop John B, downloadable. Alan Jardine, is an original founding member of the Beach Boys, In 1965, he approached member Brian Wilson with the idea of remaking the Kingston Trio's Wreck of the John B, which became one of the Beach Boys' greatest hits. Jardine's talents include producer, singer/songwriter, and musician and he performs all of these roles. You can visit Alan's website, www.aljardine.com. Jimmy Pickering, whose work Publisher's Weekly has cited as clever and spooky, is the illustrator of It's Spring and Somethin' Pumpkin. His creative vision has allowed him to work for such companies as The Walt Disney Company and Universal Studios. To see more of Jimmy's work visit www.jimmypickering.com.