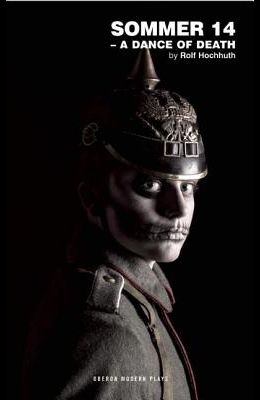 Sommer 14: A Dance of Death

by
Rolf Hochhuth and Gwynne Edwards

In June 1914, Europe was enjoying unprecedented peace and prosperity. Little over a month later, the world was at war - and only a handful of people knew it was happening. Inspired by the medieval mystery plays Sommer 14 - A Dance of Death is an epic telling from a German and European perspective of the world's descent into war. Employing the character of Death as a guide, the play uses the classic Danse Macabre structure of a series of searing vignettes to illuminate the people and the events that led up to the outbreak of the First World War.