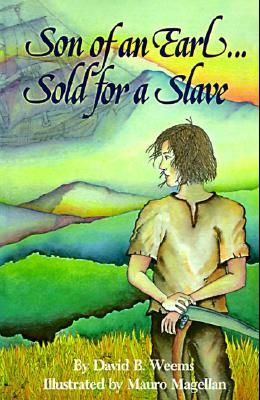 by
David B Weems and Mauro Magellan

A young Scottish lord is kidnapped and sent to colonial America as a bonded servant.

From the Back Cover Taken from his home in the Scottish highlands to a North Carolina farm, James Gour, a young Scottish lord, is kidnapped in a vengeful conspiracy to place him in colonial America as a bond servant under the name John Scott. Son of an Earl... Sold for a Slave is the compelling story of the highlander's enslavement and his struggle to fight his way to freedom and to resume his former way of life. A conflict develops between the wealth and comforts he once knew in Scotland and the ideals and young servant girl he is slowly coming to love in the colonies. Young James Gour must choose whether to return home to his life as an earl, or remain in America as John Scott and help build a new nation.