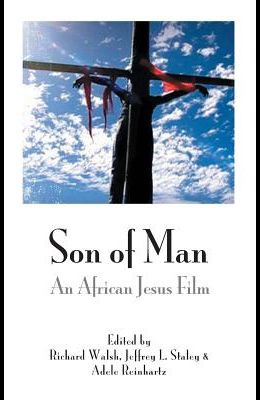 by
Richard Walsh and Jeffrey L Staley and Adele Reinhartz

The remarkable, award-winning film, Son of Man (2005), directed by the South African Mark Dornford-May, sets the Jesus story in a contemporary, fictional southern African Judea. While news broadcasts display the political struggles and troubles of this postcolonial country, moments of magical realism point to supernatural battles between Satan and Jesus as well. Jesus' Judean struggle with Satan begins with a haunting reprise of Matthew's 'slaughter of the innocents' and moves forward in a Steve Biko-like non-violent, community-building ministry, captured in graffiti and in the video footage that Judas takes to incriminate Jesus. Satan and the powers seemingly triumph when Jesus 'disappears', but then Mary creates a community that challenges such injustice by displaying her son's dead body upon a hillside cross. The film ends with shots of Jesus among the angels and everyday life in Khayelitsha (the primary shooting location), auguring hope of a new humanity (Genesis 1.26). This book's essays situate Son of Man in its African context, exploring the film's incorporation of local customs, music, rituals, and events as it constructs an imperial and postcolonial 'world'. The film is to be seen as an expression of postcolonial agency, as a call to constructive political action, as an interpretation of the Gospels, and as a reconfiguration of the Jesus film tradition. Finally, the essays call attention to their interested, ideological interpretations by using Son of Man to raise contemporary ethical, hermeneutical, and theological questions. As the film itself concisely asks on behalf of the children featured in it and their politically active mothers, 'Whose world is this'?