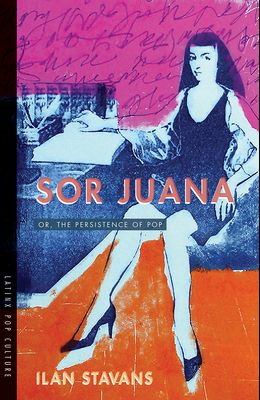 Sor Juana: Or, the Persistence of Pop

A sixteenth-century Mexican nun, Sor Juana In s de la Cruz, has become one of the most rebellious and lasting icons in modern times, on par with Mahatma Gandhi, Ernesto Che Guevara, and Nelson Mandela. Referenced in ranchera , tejana , and hip-hop lyrics, and celebrated in popular art as a guerrillera with rifle and bullet belts, Sor Juana has become ubiquitous. The conduits keep multiplying: statues, loter a cards, key chains, recipe books, coffee mugs, D a de los Muertos costumes. Ironically, Juana In s de Asbaje--alias Sor Juana In s de la Cruz--died in anonymity. Her grave was unmarked until the 1970s. Sor Juana: Or, the Persistence of Pop encapsulates the life, times, and legacy of Sor Juana. In this immersive work, essayist Ilan Stavans provides a biographical and meditative picture of the ways in which popular perceptions of her life and body of work both shape and reflect modern Latinx culture.