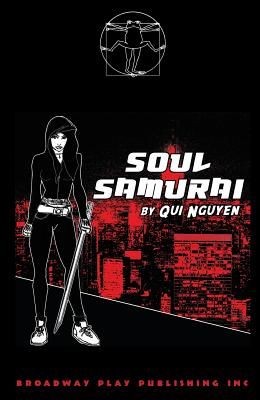 After avenging the death of her lover, a young samurai girl named Dewdrop, along with her faithful sidekick Cert, must now battle through vampire-infested Brooklyn to make it back home. In a dark (darkly awesome ) future, New York's boroughs have grown too dangerous to police. Shoguns reign, vampires infest Brooklyn, and most terrifying of all, it's still stylistically the '70s. After losing her lover to some undead hoodlums, Dewdrop gets herself a training montage and a sidekick, and sets off for revenge. Explosively funny nonsense ensues. SOUL SAMURAI kicks the Vampire Cowboys recipe up a notch; the script has the complexity of a graphic novel, though it hasn't sacrificed its zinelike homemade sweetness. Yes, outside it's still the chill dead of winter, but go and guffaw your way through Samurai. It can bring you back to life. A Time Out New York Critic's Pick -Helen Shaw, Time Out New York Not many theater groups can count both Comic Con as a sponsor and the Ma-Yi Theater Company as an artistic partner, but then there aren't a lot like Qui Nguyen's Vampire Cowboys, where pop culture and theater artistry combine seamlessly and satisfyingly. It's smart and funny stuff that's deftly supported in this sure-handed production, where Asian theater traditions are ably blended with Nguyen's exhilarating fight choreography. Side-splittingly funny and slyly intelligent -Andy Propst, Village Voice Even if, unlike me, you don't have a fondness for petite women brandishing large weapons, SOUL SAMURAI offers plenty of charm and entertainment. Soul Samurai, a glorious melting pot of influences and inspirations, is theatre at its best. A Critic's Pick -Mark Peikert, Backstage