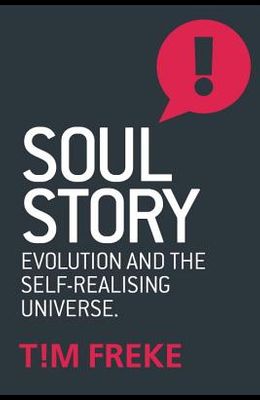 Soul Story: Evolution and the Purpose of Life

THE EMERGENCE OF SOUL, MEANING AND IMMORTALITY The grand religious stories that gave meaning to life and death in the past have crumbled under sceptical scrutiny. The dominant mainstream philosophy is now scientific objectivism, which describes a universe that exists for no reason and a life that ends in oblivion. Pioneering philosopher Tim Freke addresses the soul crisis in modern culture that has arisen from lack of meaning. He offers an intelligent spiritual perspective on life and death to help us make sense of a paradoxical world, which is sometimes bleak and banal, but also can be magical and full of significance. He presents a revolutionary paradigm shift in our understanding of reality that integrates the deepest insights of science and spirituality to create a new model of human identity, which makes the idea of the immortal soul intellectually credible. He explores the process of evolution, not as blind chance, but as the momentous story of the self-realising universe. The development of the material world has led to the emergence of psyche or soul, which you are experiencing right now as a stream of thoughts and images that don't exist in space and aren't made of matter. We are not insignificant specks in a vast purposeless cosmos. We are significant participants in the magnificent and meaningful story of soul. The universe is coming to know itself through each one of us and this process doesn't end at death, because the evolution of soul has also been the evolution of immortality.

Books similiar to Soul Story: Evolution and the Purpose of Life

List of All Editions of Soul Story: Evolution and the Purpose of Life