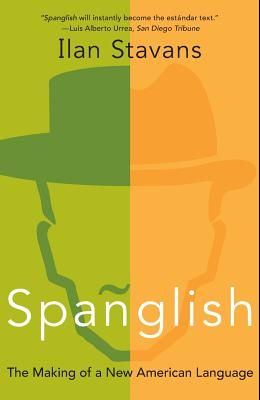 Spanglish: The Making of a New American Language

With the release of the census figures in 2000, Latino America wasanointed the future driving force of American culture. The emergence of Spanglish as a form of communication is one of the more influential markers of an America gone Latino. Spanish, present on this continent since the fifteenth century, when Iberian explorers sought to colonize territories in what are now Florida, New Mexico, Texas, and California, has become ubiquitous in the last few decades. The nation's unofficial second language, it is highly visible on several 24-hour TV networks and on more than 200 radio stations across the country. But Spanish north of the Rio Grande has not spread in its pure Iberian form. On the contrary, a signature of the brewing Latin Fever that has swept the United States since the mid-1980s is the astonishing creative linguistic amalgam of tongues used by people of Hispanic descent, not only in major cities but in rural areas as well -- neither Spanish nor English, but a hybrid, known only as Spanglish.

Books similiar to Spanglish: The Making of a New American Language

List of All Editions of Spanglish: The Making of a New American Language