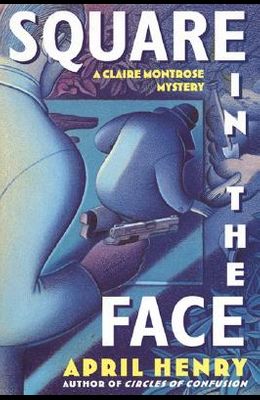 Square in the Face: A Claire Montrose Mystery

Book #2 in the Claire Montrose Series
by
April Henry

Square in the Face is the second book in April Hnery's delightfully entertaining, acclaimed mystery series in which danger often takes an unexpected shape. HAPYDAZE Claire Montrose can't believe her good luck. Once upon a time, she was a mousy employee in the Oregon State License Plate Devision with the odd job of deciding which vanity plate applications passed the good-taste test. Now she has a charming artist boyfriend in New York City and a quirky group of friends and family that keeps her happily settled in Portland. But when a former coworker and friend urgently needs her help, Claire agrees to do a little sleuthing. HELLP Years ago, Lori gave up her child to a secretive adoption agency. Now Lori's young son is ill, and the doctors say his only hope is a bone marrow transplant from a sibling. Lori talks Claire into finding her long-lost daughter. Unfortunately, as Claire scours the city for the information that could save the boy's life, she has little to go on besides her common sense and her own two feet. MR. E The closer Claire gets to the truth, the more twisted and perilous the search becomes. Using her wits, charm, and savvy sleuthing skills, she digs up old secrets--but someone is willing to kill to keep them buried. Meanwhile, Claire has a problem closer to home: a mother addicted to television shopping channels. DANGRRR April Henry's Square in the Face is a captivating, crime-solving adventure starring the inimitable Claire Montrose, a woman with the deductive powers and scrappy determination to discover the hidden meaning of any license plate and to rescue a friend from a desperate fate.