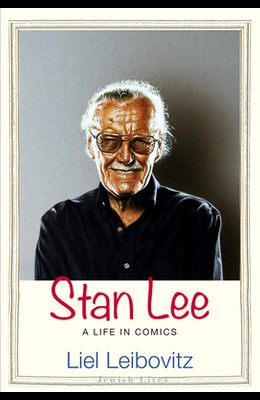 Stan Lee: A Life in Comics

Few artists have had as much of an impact on American popular culture as Stan Lee. The characters he created--Spider-Man and Iron Man, the X-Men and the Fantastic Four--occupy Hollywood's imagination and production schedules, generate billions at the box office, and come as close as anything we have to a shared American mythology. This illuminating biography focuses as much on Lee's ideas as it does on his unlikely rise to stardom. It surveys his cultural and religious upbringing and draws surprising connections between celebrated comic book heroes and the ancient tales of the Bible, the Talmud, and Jewish mysticism. Was Spider-Man just a reincarnation of Cain? Is the Incredible Hulk simply Adam by another name? From close readings of Lee's work to little-known anecdotes from Marvel's history, the book paints a portrait of Lee that goes much deeper than one of his signature onscreen cameos.