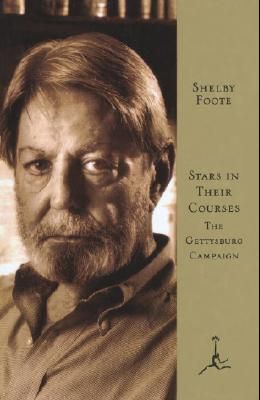 Stars in Their Courses: The Gettysburg Campaign, June-July 1963

A matchless account of the Battle of Gettysburg, drawn from Shelby Foote's landmark history of the Civil War Shelby Foote's monumental three-part chronicle, The Civil War: A Narrative, was hailed by Walker Percy as an unparalleled achievement, an American Iliad, a unique work uniting the scholarship of the historian and the high readability of the first-class novelist. Here is the central chapter of the central volume, and therefore the capstone of the arch, in a single volume. Complete with detailed maps, Stars in Their Courses brilliantly recreates the three-day conflict: It is a masterly treatment of a key great battle and the events that preceded it--not as legend has it but as it really was, before it became distorted by controversy and overblown by remembered glory.

Books like Stars in Their Courses: The Gettysburg Campaign, June-July 1963

List of All Editions of Stars in Their Courses: The Gettysburg Campaign, June-July 1963