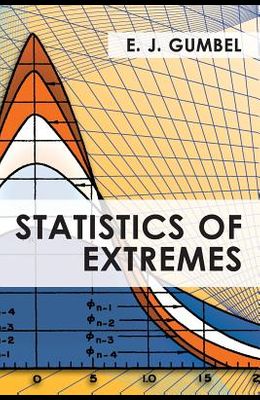 Indisputably recognized as a classic in its field, Statistics of Extremes was the first book to exclusively evaluate the relevance of maximum and minimum (extreme) values. More than fifty years after publication, it remains relevant and helpful to the contemporary work of statisticians, engineers, and scientists. In this far-sighted and important work, Gumbel explains the applications of statistical extremes and reinforces its main ideas with generalized exercises. Key topics in this book include: Aims and tools Order statistics and their exceedances Exact distribution of extremes Analytical study of extremes First asymptotic distribution Uses of the first, second, and third asymptotes Range To remain relevant to a wide audience of statisticians, Professor Gumbel relies on elementary language to convey highly technical concepts. With 47 tables and 97 graphs, the focus is on graphical procedures rather than calculations. Gumbel's original research in the 1940s was developed to predict natural disasters, but as he further refined his theory and tools of extreme statistics, it became clear it has applications in numerous fields.