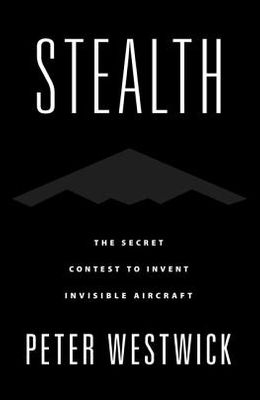 The story behind the technology that revolutionized both aeronautics, and the course of history On a moonless night in January 1991, a dozen airplanes appeared in the skies over Baghdad. Or, rather, didn't appear. They arrived in the dark, their black outlines cloaking them from sight. More importantly, their odd, angular shapes, which made them look like flying origami, rendered them undetectable to Iraq's formidable air defenses. Stealth technology, developed during the decades before Desert Storm, had arrived. To American planners and strategists at the outset of the Cold War, this seemingly ultimate way to gain ascendance over the USSR was only a question. What if the United States could defend its airspace while at the same time send a plane through Soviet skies undetected? A craft with such capacity would have to be essentially invisible to radar - an apparently miraculous feat of physics and engineering. In Stealth , Peter Westwick unveils the process by which the impossible was achieved. At heart, Stealth is a tale of two aerospace companies, Lockheed and Northrop, and their fierce competition - with each other and with themselves - to obtain what was estimated one of the largest procurement contracts in history. Westwick's book fully explores the individual and collective ingenuity and determination required to make these planes and in the process provides a fresh view of the period leading up to the end of the Soviet Union. Taking into account the role of technology, as well as the art and science of physics and engineering, Westwick offers an engaging narrative, one that immerses readers in the race to produce a weapon that some thought might save the world, and which certainly changed it.