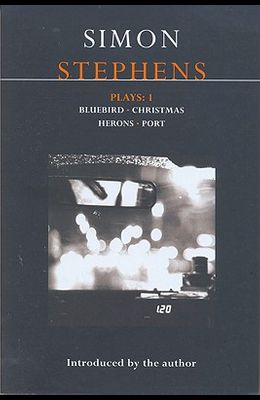 First collection from the 2004 Pearson Award-winning playwright Simon Stephens Plays: 1 brings together four of the early plays from the winner of the 2002 Pearson Best New Play Award. Since Bluebird in 1998, Stephens has gained recognition for humane plays that display a sharp observation and compassionate response to the lives of ordinary people in urban locations. Bluebird : Cabbie Jimmy overhears the weird, wonderful and violent tales of his passengers he confronts his past and his estranged wife. 'A rough gem of a play' - The Times Christmas : One night in an East end pub, four men confront their past and brace themselves for an uncertain future. 'Beautifully crafted' - What's On Herons : The disturbing story of one teenager on a violent estate in London, which saw Stephens nominated for an Olivier Award for Most Promising Playwright in 2001. Port : One woman's struggle to cope with and finally escape her life in Stockport. (Winner of Pearson Award for Best New Play.) 'A brilliant writer of immense imagination with an acute observation of people's foibles' - Independent