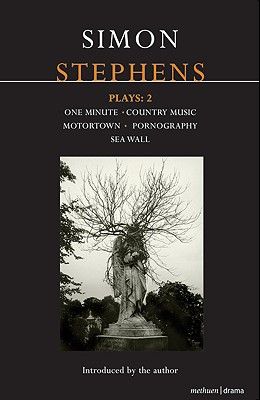 This second collection of plays by Simon Stephens, winner of the 2005 Olivier Award for Best New Play for On the Shore of the Wide World , perfectly showcases the development of one of the most exciting and impressive theatre talents of recent years. The range of plays in this volume displays a tough sensibility and a courage to confront the more unsettling challenges of our times. One Minute , first produced in 2003 and revived in London in 2008, has an uncomfortable resonance as it follows five characters variously affected by the disappearance of Daisy, an 11-year-old girl, from Seven Dials, Covent Garden. Country Music spotlights four fateful moments in the life of Jamie Carris during and after the prison sentences he has served for glassing one man and for killing another. Motortown , written in response to the War on Terror, is a blistering account of a young soldier's return home from Basra to an England he no longer recognises or connects with. Pornography captures Britain as it crashes from the euphoria and promise of the 2012 Olympics announcement into the devastation of the London bombings of 7/7. The final play, Sea Wall , is a one-act monologue about grief, following the drowning of a young child.