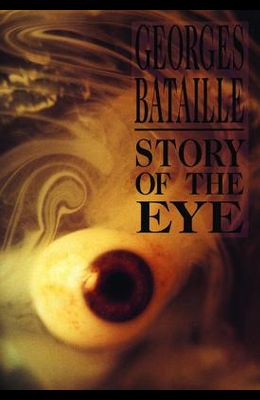 Story of the Eye

In 1928, Georges Bataille published this first novel under a pseudonym, a legendary shocker that uncovers the dark side of the erotic by means of forbidden obsessive fantasies of excess and sexual extremes. A classic of pornographic literature, Story of the Eye finds the parallels in Sade and Nietzsche and in the investigations of contemporary psychology; it also forecasts Bataille's own theories of ecstasy, death and transgression which he developed in later work. Bataille's works . . . indicated the aesthetic possibilities of pornography as an art form: Story of the Eye being the most accomplished artistically of all pornographic prose I've read.--Susan Sontag, Notes on 'Camp' Bataille denudes himself, exposes himself, his exhibitionism aims at destroying all literature. He has a holocaust of words. Bataille speaks about man's condition, not his nature. His tone recalls the scornful aggressiveness of the surrealist. Bataille has survived the death of God. In him, reality is conflict.--Jean Paul Sartre, Nausea I found myself being absorbed in Story of the Eye . . . the symbolism really intrigued me. . . . I am fascinated by the surreal erotic style of Bataille; I think he is an author I need to explore in greater details.--Michael Kito, Knowledge Lost Georges Bataille (1897-1962) was a French intellectual and literary icon who wrote essays, novels and poems exploring philosophical and sociological subjects such as eroticism and surrealism. City Lights has published many more of Bataille's works, including The Impossible , The Tears of Eros and Story of the Eye .