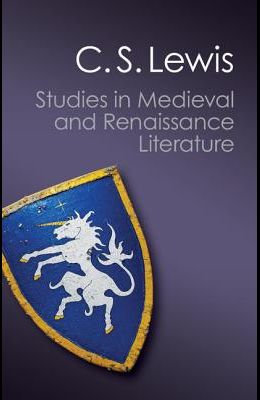 Studies in Medieval and Renaissance Literature

C. S. Lewis's Studies in Medieval and Renaissance Literature is a collection of fourteen fascinating essays, half of which were never published in Lewis's lifetime. The first three provide a general introduction to medieval literature whilst the remaining essays turn to the works of major writers such as Dante (The Divine Comedy), Malory (Le Morte d'Arthur), Spenser (The Faerie Queene) and Milton (Comus). Lewis's insightful yet accessible writing will captivate anyone with an interest in medieval and Renaissance literature.