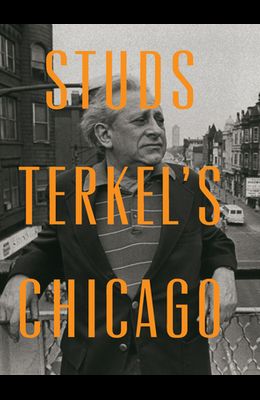 In the tradition of E. B. White's bestselling Here Is New York, Chicago is a tribute to the Second City--part history, part memoir, and 100% Studs Terkel--infused with anecdotes, memories, and reflections that celebrate the great city. Chicago was home to the country's first skyscraper (a ten-story building built in 1884) and marks the start of the famed Route 66. It is also the birthplace of the remote control (Zenith), the car radio (Motorola) and the first major American city to elect a woman (Jane Byrne) and then an African American man (Harold Washington) as mayor. Its literary and journalistic history is just as dazzling, and includes Nelson Algren, Mike Royko and Sara Paretsky. From Al Capone to the street riots during the Democratic National Convention in 1968, Chicago, in the words of Terkel himself, has--as they used to whisper of the town's fast woman--a reputation. Chicago was of course also home to the Pulitzer Prize-winning oral historian Studs Terkel, who moved to Chicago in 1922 as an eight-year-old and who would make it his home until his death in 2008 at the age of 96. This book is a splendid evocation of Studs' hometown in all its glory--and all its imperfection.