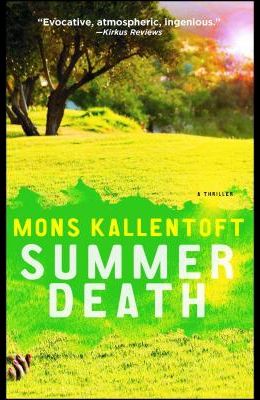 Book #2 in the Malin Fors Series
by
Mons Kallentoft

In this atmospheric and unforgettable sequel to Midwinter Blood , the elusive, tough-as-nails Swedish police superintendent Malin Fors returns. In the acclaimed Malin Fors series, every season is perfect for murder. The tiny town that Detective Malin Fors calls home is plagued by a sweltering heat wave and resulting raging forest fires. It is the hottest summer anyone can recall, and it's about to become the most violent and grim, too. A teenage girl is found naked and bleeding in a city park, without any recollection of what has happened to her. Next, another grisly discovery is made on a lakeside beach, and the whole town is on edge. A serial killer walks among them, and while the families of Link ping withdraw to protect their young, Malin must uncover the secrets behind these crimes, potentially putting herself and her own family at risk in the process.