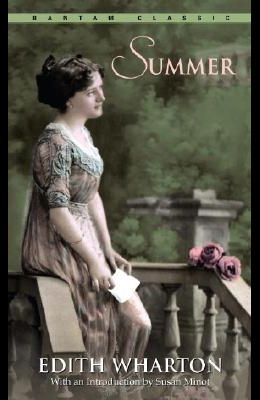 One of Wharton's first novels to deal frankly with a young woman's sexual awakening, Summer created a sensation when it was published in 1917. Praised for its realism and candor by such writers as Joseph Conrad and Henry James, it is now considered a classic of American and women's literature.

From the front Cover Considered by some to be her finest work, Edith Wharton's Summer created a sensation when first published in 1917, as it was one of the first novels to deal honestly with a young woman's sexual awakening. Summer is the story of proud and independent Charity Royall, a child of mountain moonshiners adopted by a family in a poor New England town, who has a passionate love affair with Lucius Harney, an educated young man from the city. Wharton broke the conventions of woman's romantic fiction by making Charity a thoroughly contemporary woman--in touch with her feelings and sexuality, yet kept from love and the larger world she craves by the overwhelming pressures of environment and heredity. Praised for its realism and candor by such writers as Joseph Conrad and Henry James and compared to Flaubert's Madame Bovary, Summer was one of Wharton's personal favorites of all her novels and remains as fresh and relevant today as when it was first written.