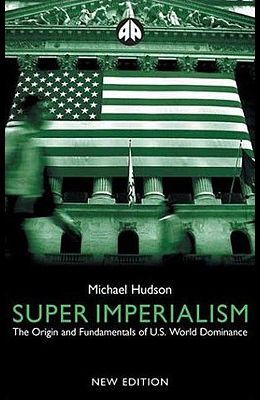 Super Imperialism: The Origin and Fundamentals of U.S. World Dominance

Michael Hudson's brilliant shattering book will leave orthodox economists spluttering. Classical economists don't like to be reminded of the ugly realities of Imperialism. Hudson is one of the tiny handful of economic thinkers in today's world who are forcing us to look at old questions in startling new ways. Alvin Toffler, best-selling author of Future Shock and The Third WaveThis new and completely revised edition of Super Imperialism describes the genesis of America's political and financial domination. Michael Hudson's in-depth and highly controversial study of U.S. financial diplomacy explores the faults built into the core of the World Bank and the IMF at their inception which -- he argues -- were intended to preserve the US's financial hegemony. Difficult to detect at the time, these problems have since become explicit as the failure of the international economic system has become apparent; the IMF and World Bank were set up to give aid to developing countries, but instead many of the world's poorest countries have been plunged into insurmountable debt crises. Hudson's critique of the destructive course of the international economic system provides important insights into the real motivations at the heart of these institutions - and the increasing tide of opposition that they face around the world.