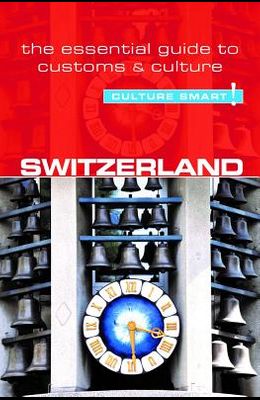 by
Kendall Hunter and Culture Smart

There is far more to Switzerland than beautiful scenery, chocolate, watches, faceless bankers, and spotless cities. The real Switzerland is full of surprises and anything but bland. This small, rugged, landlocked country at the heart of Europe has been a confederation since the first three cantons came together in a defensive alliance in 1291. Four national languages are spoken within its borders. Its present twenty-six cantons are largely autonomous and retain their individual characters. In this grassroots democracy real power lies with the people, who exercise it directly through frequent referendums. Swissness is, above all, a spirit of independence and of communal involvement. Although it is a model of peace and multicultural cooperation, with one of the highest standards of living in Europe, Switzerland's prosperity has been hard-won. Historically neutral, it maintains a semi-detached relationship within the European Union. In 2014, a national referendum supported quotas on EU migrants. Despite the several hundred thousand EU nationals living and working within its borders, and almost half a million Swiss working in the EU, this small, resource-poor country appears determined to retain its independence. Culture Smart Switzerland provides an historical perspective, explores Swiss values and attitudes, and looks at the cultural continuity of festivals and traditions. It helps you navigate the workplace, the neighborhood, and the social scene. It offers crucial insights into Swiss business culture, and more generally on differences in communication style. Swiss people are not always easy to get to know. Proud, industrious, fair-minded, and creative, they respect the individual, which means that while they appreciate clear thinking and direct talking, they avoid confrontation. They will never intrude, yet will willingly help out if asked. Make the effort, and people will respond. Warmth, decency, intelligence, and wit are among the many hidden riches of this fascinating society.