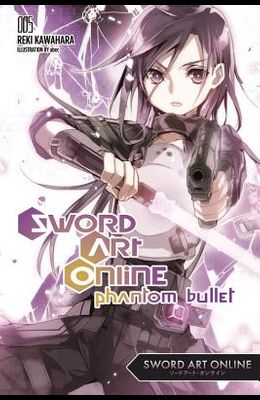 READ THE NOVEL THAT IGNITED THE PHENOMENON Kirito reenters the world of VRMMOs, this time logging in to Gun Gale Online in order to investigate the Death Gun, an in-game item rumored to be responsible for real-world deaths. He immediately runs into trouble when, after transferring his old avatar into the new game, he discovers that he looks a bit more feminine than he'd anticipated With the help of Sinon the sniper, he enters the Bullet of Bullets tournament and tries to adapt his old skills to the new gun-based combat of Gun Gale Online . He'll need every friend he can get and every trick in the book, though, to learn the truth about the Death Gun