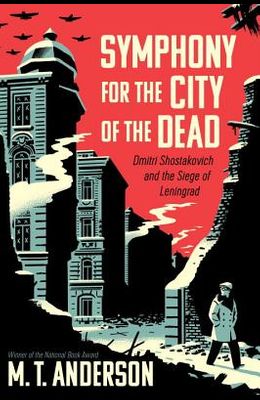 Symphony for the City of the Dead: Dmitri Shostakovich and the Siege of Leningrad

This ambitious and gripping work is narrative nonfiction at its best. . . . The book has all the intrigue of a spy thriller. . . . A must-have title with broad crossover appeal. -- School Library Journal (starred review) In September 1941, Adolf Hitler's Wehrmacht surrounded Leningrad in what was to become one of the longest and most destructive sieges in Western history--almost three years of bombardment and starvation. Trapped between the Nazi invading force and the Soviet government itself was composer Dmitri Shostakovich, writing a symphony to rouse, rally, eulogize, and commemorate his fellow citizens: the Leningrad S ymphony. This is the true story of a city under siege, the triumph of bravery and defiance in the face of terrifying odds. It is also a look at the power--and layered meaning--of music in beleaguered lives. Symphony for the City of the Dead is a masterwork thrillingly told and impeccably researched by National Book Award-winning author M. T. Anderson.