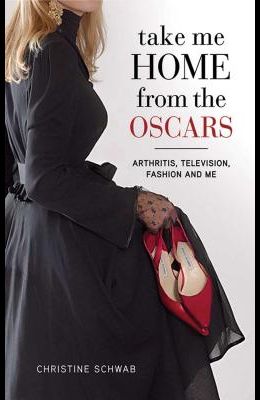 Take Me Home from the Oscars: Arthritis, Television, Fashion, and Me

Forty-six million people suffer from arthritis. Frustrated with the lies, driven to deceit by a career that celebrates beauty and fashion, lifestyle reporter Christine Schwab is not most people. She managed to keep her illness a secret for years, even as a recurring guest on Live with Regis & Kelly, Oprah , The Today Show, Entertainment Tonight , and elsewhere. She juggled her career with a thrilling personal life in Hollywood: married to Shelly Schwab, then the president of television distribution at Universal Studios, she traveled, dined with celebrities, and met presidents of the United States. How could she allow a devastating disease associated with aging and disfigurement to take over her life? Rather than let it, she hid it--a skill learned well in childhood. In Take Me Home from the Oscars , Schwab openly speaks of her arthritis for the first time, looking to her past for clues of how she managed the deception, but also of lessons learned when she could no longer hide. A turning point came when she had to leave her tenth-row Oscar seat because she was in too much pain to sit for even a moment longer. From her nineteen-year journey through the UCLA Medical Center to the exhilaration of more than twenty years of appearing on national television, Schwab's voice is at once smart and friendly. The reader will root for her at every step, and cheer when, through medication, she ultimately finds remission.